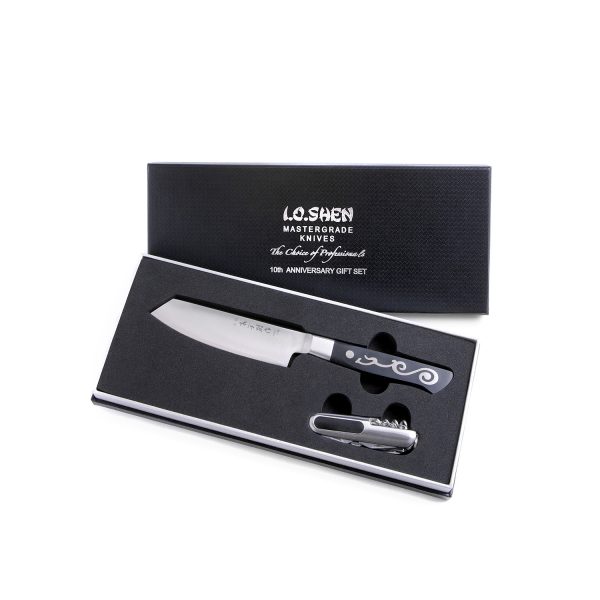 To celebrate 10 years of I.O.Shen , the Mai Peng Paring Knife is packaged in a beautiful gift box ….with a present from us to you….. of a 9 function pen knife.